Concerns around a bill that will criminalise business cash payments above $10,000 continue to be raised as the industry waits on a parliamentary committee’s final report. 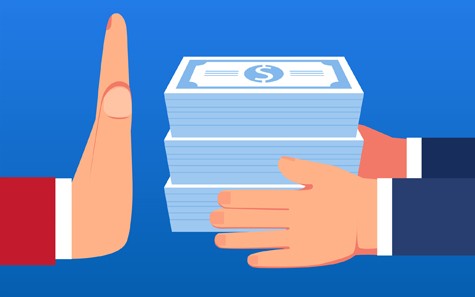 A total of 2,659 submissions were received by the Senate Economics Legislation Committee in the course of its inquiry into the Currency (Restrictions on the Use of Cash) Bill 2019, with the committee recently concluding its latest round of public hearings.

With the committee’s report due this Friday, the Australian Taxpayers’ Alliance has raised the temperature on the proposed measure, labelling it an “attack on economic freedom”.

“A $10,000 restriction on the use of cash would harm small businesses, give more power to corporate banks, and would fail to restrict any criminal activities,” said Australian Taxpayers’ Alliance policy director Emilie Dye.

“Many Australians still use cash and wish to continue using this legal tender for their privacy and security. Banks and electronic payment methods are not always reliable. Look at the bushfire crisis and the thousands of Australians forced to use cash during a natural disaster.”

The bill, which proposes to make it a criminal offence for businesses to make or accept a cash payment of $10,000 or more by introducing penalties of up to two years of imprisonment and a $25,200 fine for individuals, is currently before the Senate and was slated to come into effect from 1 January.

The Australian Small Business and Family Enterprise Ombudsman has also expressed its concerns with the bill, arguing that small businesses should not be disadvantaged in the marketplace where a customer chooses to pay with cash and the record keeping is compliant.

It also argues that regional and remote small businesses and pastoral family enterprises in rural Australia will be disadvantaged due to their lack of reliable access to internet and electronic banking facilities.

The major accounting bodies have been undecided on the measure, with some arguing that the law should not criminalise the use of legal tender, and others believing the cash ban should be extended to all payments.

In particular, CPA Australia has questioned the need to introduce criminal offences and penalties, noting that there are already a number of checks and balances in the system to address illegal activities where cash is involved.

“While we are aware that cash is an enabler of illegal activity, criminalising certain cash transactions in the manner proposed is an unnecessarily harsh response to the problem of avoiding scrutiny by the Commissioner of Taxation and other government agencies,” said CPA executive general manager Dr Gary Pflugrath in his submission to the committee.

“There has also been insufficient reasoning as to why criminal offences are seen as being the most appropriate solution or why the power to set exceptions should be delegated to the minister.

“We remain of the view the policy intent behind this bill would best be achieved by a mix of administrative penalties for breaches, but also incentives for business to move to electronic payment options.”

However, Chartered Accountants Australia and New Zealand (CA ANZ) believes there is merit in the measure, believing it will help level the playing field for small businesses, particularly in industries where cash transactions are common, including the building and construction industry, and motor vehicle sales and repairs.

“In a modern economy where the vast majority have access to, and regularly utilise, online payment arrangements, with cash usage in rapid decline, examples of situations where the cash payment limit will cause actual difficulty in day-to-day transactions are hard to find,” said CA ANZ tax leader Michael Croker.

“Yes, the measure is tough in terms of sanctions, but CA ANZ continues to agree with the simplicity and interoperability rationale for this measure — and the policy arguments more generally — which were articulated so well in the Final Report of the Black Economy Taskforce.”