Over 14,000 employers are set to come forward under the proposed SG amnesty, paying out a total of $230 million in unpaid superannuation to employees, according to the Financial Services Minister. 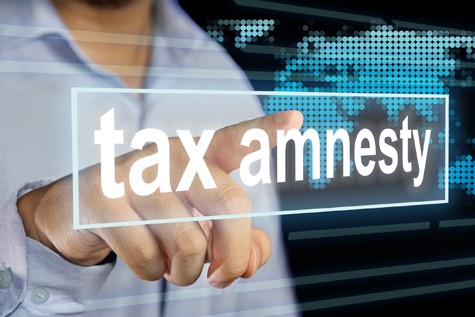 The SG amnesty has been in legislative hell since the measure was first announced on 24 May 2018, with the 2018 version of the bill lapsing with the calling of the 2019 federal election.

Since then, the government has introduced a 2019 bill, with amendments to include an extended six-month amnesty period from the date it receives royal assent, as well as imposing minimum penalties on employers who fail to come forward during the amnesty period.

The bill passed the lower house late last year, with debate in the Senate set to resume when Parliament sits in February.

Ms Hume also took the opportunity to shoot down detractors of the proposed amnesty, arguing that it would help return $230 million of superannuation to employees who may have otherwise completely missed out.

“I know there are those who oppose an amnesty for employers and want us to take a strictly punitive approach. But just wielding the stick won’t encourage employers who want to set the past right to come forward,” Ms Hume said.

“In fact, it encourages them to hide.

“Let me be clear: the amnesty does not reduce employees’ entitlements by one cent, nor does it let employers off the hook.”

She added: “The only person getting less out of this arrangement is the federal government — we are waiving our entitlement to fees and penalties. And we’re doing it because we want to see workers get any superannuation they’re owed, paid in full, plus sizeable interest on top.

“Further, our bill proposes that employers who fail to come forward during the amnesty and who are later found to have historical SG non-compliance will face very heavy penalties.

Underpaid super ‘impossible in the future’

With Single Touch Payroll now fully rolled out to businesses of all sizes, giving the ATO “unprecedented level of visibility” over future superannuation compliance, Ms Hume said the proposed SG amnesty would help “clean up the past”.

“Now for the first time the ATO has ‘eyes in’ real-time visibility over all wage and salary payments of employers,” Ms Hume said.

“By matching this data with near real-time reporting of contributions received by funds, the ATO can now spot issues with superannuation compliance as they occur, and we’ve given them more resources to take timely action so that these issues don’t arise in the future.”

She added: “Undetected underpayment of workers’ entitlements to superannuation — whether intentional or inadvertent — will be almost impossible in the future.

“We can deal with the future via Single Touch Payroll. Let’s do our best to clean up the past, too, and make whole those employees who have missed out on what they are rightly owed.”